When we hear the term “retirement,” many of us daydream about the years we’ll spend doing as we please, whether that be dedicating more time to hobbies, traveling the country in a motorhome, or sipping from a coconut on the beach.

But to enjoy those years of freedom requires saving money to support the life you dream of living. Thinking about the financial aspect of preparing to retire may make us more fearful of doing so—and make us realize that it’s going to take a lot more than we think. Becoming overwhelmed, some people abandon the hope of saving enough altogether.

Based on Fidelity Investments’ Retirement Savings Assessment for 2020, almost half of American households (46%) aren’t on track to save enough for retirement, putting themselves at risk of not being able to afford even basic necessities and expenses, such as electric bills, food, and rent or mortgage payments, once they leave the workforce.

When it comes to retirement, timing and planning are critical. So how do they affect each generation today? And what exactly are we preparing for? Here’s a glimpse into what Millennials, Gen Xers, and Baby Boomers are facing—and how they need to prepare if they want to be financially secure in retirement. According to research done by the Center for Retirement Research at Boston College, the average age at retirement hasn’t changed much over the last 60 years. However, the average amount of years spent in retirement has increased significantly—by more than 30%. This is due to an increased life expectancy for later generations, including Baby Boomers, Gen X, and Millennials. Based on current data and projections, you should plan on being in retirement for about 20 years. In general, it’s recommended that you plan on using the equivalent of 80% of your pre-retirement yearly income during each year of retirement. So, if your annual salary before retirement is $80,000, you’ll need about $64,000 each year in retirement to live comfortably.

That being said, people are not saving nearly enough right now. Based on a 2019 survey done by the Transamerica Center for Retirement Studies, the median amount saved by Millennials is about $23,000, Gen Xers have saved around $66,000, and Baby Boomers are at $152,000. Millennials have some time to start seriously saving and catching up to where they need to be at this point in their lives. Still, Gen X and Baby Boomers may have reason to worry—they may not be saving enough to live the lives they want during retirement, or they may need to push retirement off for a few years until they’ve saved enough.

How Much Do I Need to Save for Retirement?

To figure out how much you’ll need to save for retirement, you can get an idea using a simple formula.

Decide what yearly income you’d like to live on during retirement and divide it by 4%. The answer will give you about how much you’ll need to save overall and doesn’t take into account any additional retirement income, such as Social Security, so you’ll be well-prepared for the future. For example, if you’d like to live on $60,000 per year during retirement, dividing $60,000 by 4% comes out to a total of $1,500,000 you’d need to save. When Do I Need to Start Saving for Retirement?

When it comes to saving for retirement, the earlier, the better. If you haven’t started saving or haven’t been saving enough, now is the time to start. As a financial consultant and CEO of The Bottom Line Group, Michael Hammelburger urges people to increase your yearly savings rate, even if it means foregoing some of life’s luxuries. “I always advise my clients to take advantage of the automatic escalation clause, which increases [your] savings rate by 1% on a yearly basis. Typically, employees forget about increasing their savings and later realize that the extra money they’ve spent on unnecessary purchases would have been better if it was channeled to their 401(k) plan.”

The Future of Retirement

It’s essential to think about the future, especially when it comes to finances and how you plan to live once you stop working. Like most other things in life, each generation has different views and opinions about what’s in store for their retirement.

It’s no surprise that each generation has its thoughts and worries on retirement. After all, the younger generations have much more time to think about it while the older generations are quickly approaching retirement.

According to the Transamerica Center for Retirement Studies survey, less than half of Millennials (48%) believe they know how much they should be saving for retirement. You might expect Baby Boomers to have a much better idea of how much money they’ll need, with many of them getting ready to retire in the next few years if they haven’t already. But, 61% of Boomers reported knowing the amount they would need to have saved, which is only 13% more than the Millennials with more than 20 years ahead of them to figure out their savings plan.

And although they have more time to save, 65% of Millennials believe they could work until the age of 65 and still not have enough stashed away to retire, versus 58% of Baby Boomers. Gen X has some time to prepare, but their retirement is also coming up soon, so it’s no wonder that 71% of them are concerned about not having sufficient funds to retire when they hope. More than half of each generation plans to work at least part-time during retirement. This could be for a myriad of reasons—whether they want to have a little extra spending money in their pockets, something to do with their free time, rely on the income to live, or need health benefits. When tough financial situations arise, people occasionally dip into their retirement savings. Some take out a loan, which they’ll pay back with interest over time, while others withdraw cash, often paying extra taxes and even penalties for the money they take out.

Twenty-three percent of Gen Xers have taken out a loan that they plan to repay, followed by Millennials (22%), while only 13% of Baby Boomers have done so. Each has their reasons for a loan, the top being to pay off debt, due to financial emergencies, and paying medical bills.

Some have also taken a withdrawal from their retirement savings. Of the three generations, the highest number of Millennials (23%) have withdrawn money, followed by Gen X at 17% and Boomers at 14%.

The main reasons for withdrawing money are different from those for taking out a loan from retirement savings. The number one reason reported was to avoid eviction from a primary residence. Other common reasons are to pay for post-secondary education and medical expenses.

Financial planners say that dipping into retirement savings should be a last resort and avoided at all costs. “We are limited to the dollar amount contributions of tax-advantaged accounts. By prematurely withdrawing from these funds, there is a massive disruption to the tax-free compounding interest component,” states Thanasi Panagiotakopoulos, a financial planner and founder of LifeManaged. “The IRS puts certain hardship withdrawal circumstances in place to give individuals some flexibility in emergencies, but the longer these accounts can cook, the happier investors will be later in their lives.”

Whether it’s done through a loan or withdrawal, taking money out of retirement savings can be risky and delay your retirement for years if you haven’t saved an adequate amount.

Perhaps one of the biggest questions for Millennials and Gen Xers is: will there be Social Security benefits available when they retire?

The vast majority of Gen Xers (84%) and Millennials (80%) speculate that they won’t have Social Security available when they retire. And while many Boomers are already or soon entering into retirement, many of them (65%) are worried about it.

Regardless of generation, most people conclude they’ll have a harder time attaining financial security than their parents did. No matter your age, it’s not too late to start saving. Educate yourself on what you need to do to prepare for retirement and set goals. Any amount of money that you save will be beneficial to you in the future. Start saving now, and you’ll be one step closer to achieving financial security when it comes time to retire.

If you’re already saving for retirement, you’re on the right track! Keep saving and, if possible, increase the amount you’re saving. After all, it’s better to save more than you’ll need rather than not having enough to truly enjoy your retirement years. 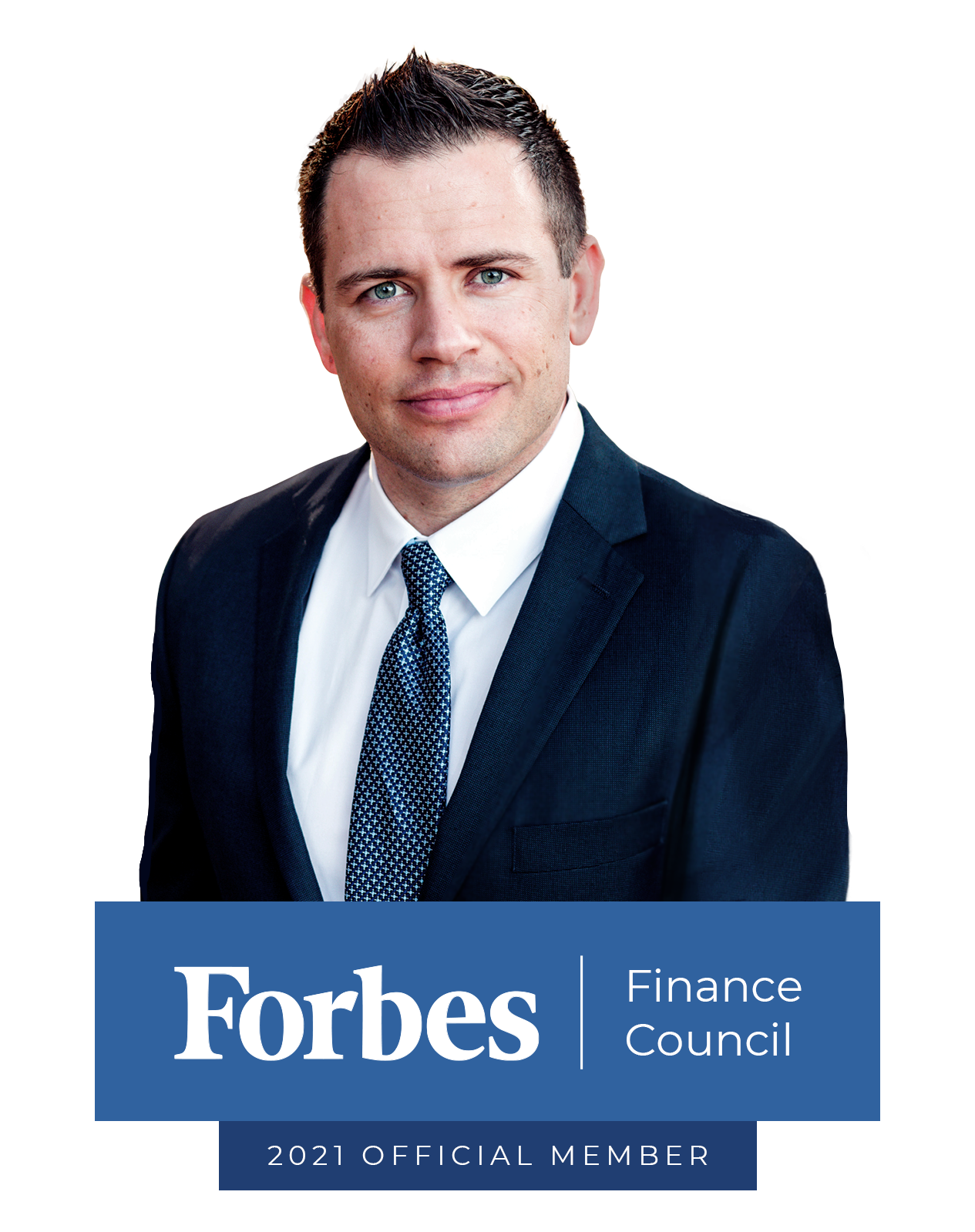